May: Migrants and Bluebirds • May is when bird migrants of all colors and sizes move through Los Angeles on their way to their summer homes. It's a magical time, as you may hear chirps, whistles and calls you have never heard before, evidence of new visitors to your backyard. Some migrants stop long enough to breed, such as the Western Tanager, which seems to like Southern California as a place to build a home. Others are here just for the great diversity of wild foods in the spring. Then, they move on.

• Bird migrants even have their own day, May 11, World Migratory Bird Day One real magnet to attract them to your yard, especially those that eat bugs, is to have moving water, such as a birdbath with one of our Water Wigglers. Seed-eating migrants also appreciate the chance to rest, drink and bathe for a few minutes. 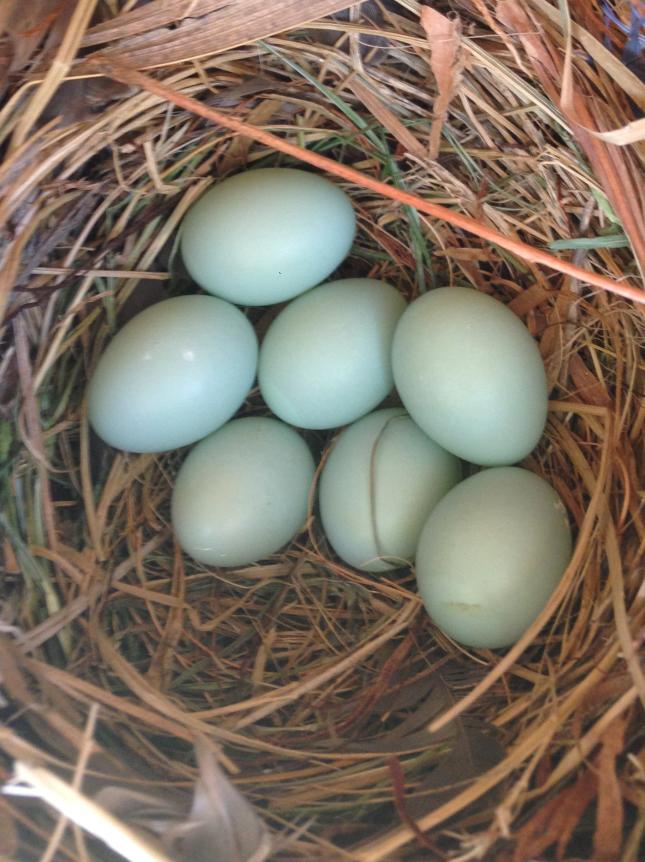 • Los Angeles one of our most beautiful locals, the Western Bluebirds, are building nests high in the trees. They love open lawn areas with big trees, such as golf courses, parks and, yes, cemeteries. Western Bluebirds are short on habitat to build nests--hollow dead trees being their favorite--but those are in short supply in suburbia. Therefore, bluebird supporters place nesting boxes designed just for them high in the branches of trees in suitable locations. One nesting box in a Santa Monica cemetery produced the lovely clutch of eggs pictured below, and hatchlings are expected any day.

Left: Calliope Hummingbird (All About Birds)

• Migration also swells the ranks of hummingbirds. Costa’s and, occasionally, Black-Chinned Hummingbirds breed on the coast. Brilliant purple-chinned Calliope Hummingbirds, the smallest birds in the USA, may migrate through here on their 5,000-mile trek to the northern Sierras and Canada. May also is peak breeding season for Anna’s and Allen’s Hummingbirds even though they started nesting in February.

• Orioles, tanagers and grosbeaks are busy in May, building nests and searching for even more food than normal as the chicks hatch and need to eat. Provide fruit like orange halves and apples for then. A nectar of half grape jelly and half water is a real favorite of the orioles. 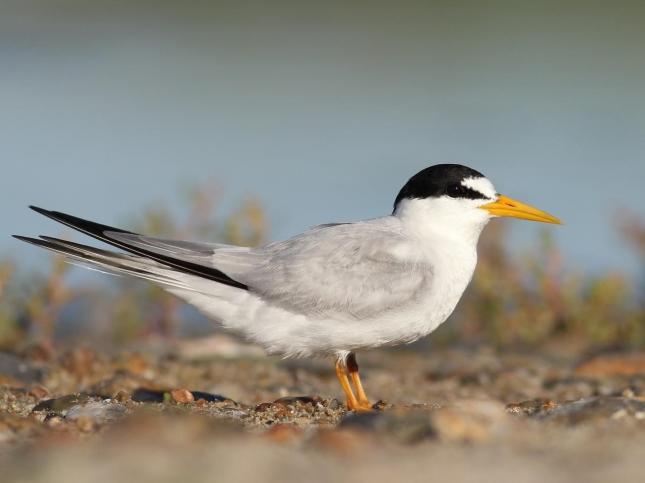 •Along the beach some sea birds are nesting but others have moved on, such as the American Avocets and stately Black-Necked Stilts. But Least Terns arrive to to scoop small hollows in the sand as their nests. They are threatened, because humans love beaches as much as they, and nesting locations safe from human foot traffic can be hard to find. Efforts are under way to fence off sections of beach to save these striking birds.

• And if the red-headed House Finch gang around your feeder seems larger and noisier then usual, that may be because the young are fledging. They are going to feeders on their own for the first time. They love sunflower seeds, peanut pieces and millet.

• Sleep at last! Mockingbirds stop singing at midnight at the tops of their lungs as they, finally, pair off to breed.

• The Eta Aquarids meteor shower is earl May. These meteors move really fast, 148,000 mph, which means they tend to leave glowing trails as they pass through the atmosphere. These trails can last from several seconds to a minute, according to a NASA report on the Aquarids. Southern Californians have a better view of these meteors, which seem to come from the constellation Aquarius, than locations farther north. Expect 15 meteors per hours, some of which will graze the southern horizon.